Update from Rick.
Our Overlords and Masters decline to agree with Liberty and the Constitution. Motion for 60 Day Stay in Mance v Holder It seems the Government is determined to fight against protecting our Civil Rights under the Constitution.
What is it about, “Justice delayed is Justice denied?” The wheels of Gov. and Bureaucracy grind slowly and inexorably when it suits them, but swiftly when the takings are ripe.

DEFENDANTS’ MOTION FOR SIXTY-DAY STAY AND BRIEF IN SUPPORT

Defendants respectfully move for a stay of the Court’s Memorandum Opinion and Order dated February 11, 2015 [ECF No. 40] for 60 days, in order to allow adequate time for the government to determine whether to appeal the Court’s decision and, if so, whether to seek a stay pending appeal. The determination whether to appeal is entrusted by regulation to the Solicitor General of the United States.

See 28 C.F.R. § 0.20(b). The 60 days requested represents a modest amount of time for the Solicitor General to determine whether to appeal, after consultation with the affected governmental components.

See also 28 U.S.C. § 2107(b) (allowing 60 days for filing a notice of appeal when the federal government is a party). No undue prejudice will result to Plaintiffs from the short stay requested, as evidenced by the fact that Plaintiffs have not sought preliminary injunctive relief in this case. For the foregoing reasons, Defendants respectfully urge the Court to enter an order that stays the provisions of its Memorandum Opinion and Order dated February 11, 2015 for 60 days, until April 14, 2015. A proposed order is being submitted electronically in Word Perfect-compatible format to the Court’s “Orders” email address.

The Legislative Restraint Amendment: Make this one an easy-to-read No-Escape Bill: “Congress, the Senate, and the Judiciary shall pass NO bill, law, or regulation to which they themselves or their friends or families or anyone associated with them, individually or collectively, is in any way are exempt.  Congress, the Senate, and the Judiciary shall be subject to the exact same laws, taxes, restraints and regulations, from Insider-Trading to Healthcare with the same penalties and punishments that they enact on the Citizenry and which every Citizen enjoys, with no special exemptions whatsoever anywhere anytime forever and ever.  And perjury begins with a 2-year minimum sentence.

Then we go with an Anti-Bureaucracy Amendment that reduces the size and scope of the machinery of despotism and hegemony.   All Bureaus, Committees, Departments and Offices are subject to review, diminishment, and come with an expiration date.

The Supremes are teaching Americans a lesson and it’s that America’s got Talent!
They have proven by an rambling legalistical formulation drawn from a massively confusing rug of mis-woven regulations, thick with tortured paragraphs and water-boarded dangling participles, that they are truly the third playing-party of .GOV and not exactly an independent or impartial arbiter – since Congress only has to lay-down and pass such a thick and tawdry (2,000 un-read pages) excretion, pebbled with undigested bits of non-aligned thinking and regurgitated kernels of misdirecting caveats, folded-over and funneled into a contorted conclusion, to trip and slip-on as they stumble over it before they finally arrive on stage, ready to tell the long-long joke.
What DO you call an act like that? – I call it ‘The Judicicrats’. 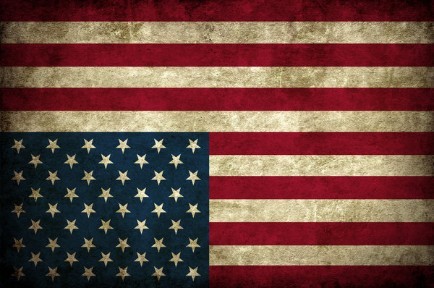 Although the case is still pending and a final ruling is yet to be issued, NRA’s intervention on behalf of its members in the case Center for Biological Diversity v. U.S. Bureau of Land Management, et al., has already resulted in several legal victories.

CBD’s lawsuit, filed on January 27, 2009, alleges that the Bureau of Land Management (BLM) and Fish and Wildlife Service (FWS) are illegally mismanaging federal lands in Arizona. CBD contends California condors in Arizona and elsewhere are becoming ill or dying as a result of scavenging game that was shot by hunters using lead shot or bullets. NRA has collected thousands of documents via public records act requests over the last year. Many of these documents raise doubts about the veracity of that calim. In fact, many documents obtained by NRA indicate that claim is based on faulty science, and plainly show that California condors were reintroduced to Arizona based in large part on express promises by FWS and other agencies that the “reintroduction” would not impact hunting.
…
The publication of the decision followed an earlier NRA partial victory in this case; NRA’s legal arguments caused the CBD to abandon and dismiss its California condor related Endangered Species Act (ESA) claims rather than litigate them against NRA. CBD’s ESA claims were based in part on an incorrect belief that “any take of [California] condors from the use of lead ammunition would be a per se violation of the ESA.” CBD’s revised its lawsuit and dropped the ESA claims that CBD was primarily using as part of an attempt to obtain a ban on the use of lead ammunition for hunting on these federal lands at issue.

Screw the Center for Biological Diversitude.  They are neither Central nor Diverse – but you can smell their Biology a mile away.