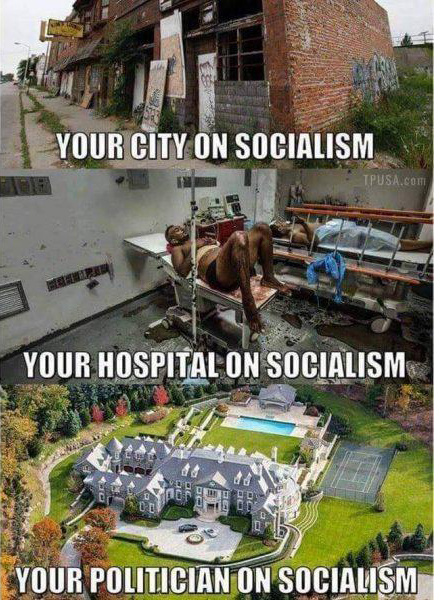 One of the problems our overseas extended “family” had while in-Country, was dealing with a culture of people who were not well-versed in the production of high-octane comestibles. That inexperience with Western Culture’s vices meant that primitive production methods could veer-off horribly wrong, with the difference between methanol and ethanol meaning being drunk or dead.
In our particular back-woods locality in “Appalachia-India,” we also had among the highest population-percentage of Aboriginal peoples. The folks were mostly non-Caste and lived in the jungle, spoke a language all of their own other than Bengali or Hindi, and practiced very different life-ways than the local standard “Hindu-ized” Indians in the villages. Their appetite for jungle-juice combined with distillery-inexperience meant that entire wedding parties were sometimes found out in the woods dead, the lucky survivors only blinded. With no kind of social or Governmental safety-net whatsoever, blind people simply add to the beggar population.
What all this get’s around-to is another facet of Missionary work: Western Technology and Manufacturing. The original predecessor to our family’s job, was an earlier family that established the big house and was a few “generations” removed from us, who in-fact became the first Ford dealer in West Bengal under “the Raj” and prior to India’s Independence. After raising a family of seven (with five survivors) they ultimately left the Mission Compound, and in their unique capacity drove-off cross-country and back to The West via Tashkent in an early Ford touring car. Somewhere there is a book with some very exciting stories of their travels.
At any rate when we were there our Mission Vehicle was an old (1957?) Willy’s Wagon, into which we all piled whenever we had somewhere to go that the Train couldn’t take us – which was a lot of places. I remember Dad almost always had to lift the folding hood and smack the carburetor a few times with a heavy screwdriver before the engine would maintain a running pace.
Lousy low octane and horribly expensive fuel by Govt. ration, meant that we didn’t often just hop in the buggy and hit the road. Also the roads were 90% un-paved, so the 4×4 was useful in a pinch.
One of the Mission Stories often heard around the campfires was about, “Those old Fords” that would run on just about anything, and any mix of anything – enough to drive over to the beach 9-miles away. My recollection from somewhere deep and hidden in the recesses of my mind is of a conversation about how Henry Ford originally (pre-Prohibition and pre Gasoline-reliability) had designed the vehicles to run on whatever a farmer could rake-up and mix-up in a barn-still, from hay-field clippings and vegetable rubbish. Not something you would ever mistake for a beverage, but the ATF and Prohibition put an end to that practice…

After WWII when the British Empire was in its sunset years the UK began to divest it’s overseas holdings. Chief among them was the “Jewel in the Crown,” the sub-continent of India which had been run by the British for over three-hundred years. At the time there was a fierce battle between the two chief religious divisions in greater India, and one that had political dimensions that still reverberate today.
At the fractured heart were Hindu and Muslim leaders who each wanted to rule. Since both groups were intransigent and could not come to any kind of agreement on how to do that equitably, the choice was to cut through the Gordian Knot of politics and divide the land into two separate countries, one ruled by Hindus and one ruled by Muslims, each with their own ways and laws – in 1947 this was Partition of British India into the Dominion of Pakistan, and the Union of India (later Republic of India). Not sure exactly what “Dominion” signifies, but it does not sound very Republican or Democratic – but rather very-much Islamic.
Thus India and Pakistan were born – amid violence and bloodshed. “Minority-families” who lived on the one side of the new border for many generations rushed to join their relatives on the other side as a matter of safety-in-numbers. More than a million people died in the bloody separation, and fifteen million lost their life’s savings and lands.
The violence actually started in 1946 as the Islamic leader Jinnah proclaimed 16 August 1946, Direct Action Day also known as the Great Calcutta Killings, a day of widespread riot and manslaughter between Hindus and Muslims in the city of Calcutta (now known as Kolkata). The Religion of Peace got busy.

The next day, Hindus struck back and the violence continued for three days in which approximately 4,000 people died (according to official accounts), Hindus and Muslims in equal numbers. Although India had had outbreaks of religious violence between Hindus and Muslims before, the Calcutta killings was the first to display elements of “ethnic cleansing,” in modern parlance.[39] Violence was not confined to the public sphere, but homes were entered, destroyed, and women and children attacked.[40] Although the Government of India and the Congress were both shaken by the course of events, in September, a Congress-led interim government was installed, with Jawaharlal Nehru as united India’s prime minister.

In the aftermath of Partition India was ruled as a Parliamentary Democracy, run by Fabian Socialists who dominated the chief political party, The Indian National Congress Party. Chief among the leadership were members who graduated from The London School of Economics (and Political Science), which was founded by the Fabian Society in 1895.
Hayek taught at the LSE in the 30’s and 40’s and its influence was greatly felt abroad, because to announce to the world that you were a Socialist (as opposed to a Communist) was a kind of virtue-signaling and intellectualism that opened many doors. As to its influence (from Wikipedia:)

In the Middle East, the theories of Fabian Society intellectual movement of early-20th-century Britain inspired the Ba’athist vision. The Middle East adaptation of Fabian socialism led the state to control big industry, transport, banks, internal and external trade. The state would direct the course of economic development, with the ultimate aim to provide a guaranteed minimum standard of living for all. Michel Aflaq, widely considered as the founder of the Ba’athist movement, was a Fabian socialist.

The chief export by the British – and to a lesser degree other European powers, insofar as to whether they were Democracies or Monarchies – to “the Colonies” was the presence of career-seeking Administrators that ran the Empire, or Raj as it was called in India. And one of the biggest and long-lasting institutions established in India by the British was the Civil Service.
The Administrative State was not just a concept but a practical reality that employed millions in bureaucratic jobs essential to the operation of the Colony, and many Administrators were educated at the LSE.
Throughout the Post-War world, the European colonial empires were collapsing and the Cold-War emerged as a focus of political positioning. Leaders sought to leverage their country’s value-proposition vis-a-vis the USA and Soviet Russian spheres of influence (money), and in India Nehru’s anti-capitalist and Brahaminical-religious virtue-signaling meant that the country sided with the Russians rather than the USA. Which left the USA with Pakistan as an ally during the Cold War… Bad luck.