Today we’re down the scale on temperature, and yesterday topped-out just at 86.8°F – a blast of cool air out of Caanada with the potential for rain in some higher elevations has moved in – not that I can see any given it’s still smokey and hazy with only “moderate” air quality that looks worse than that. 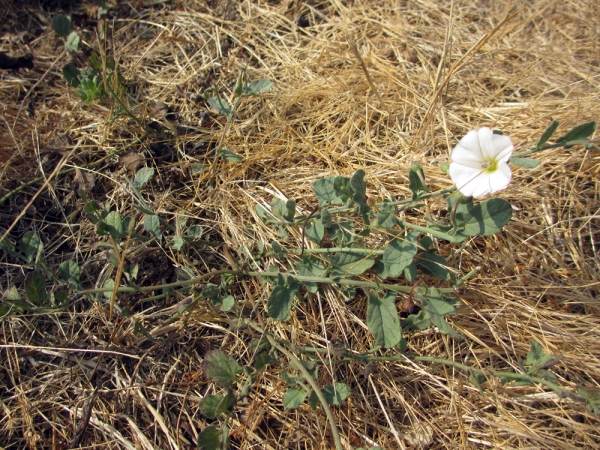 This little ground vine is a co-conspirator in the ground assault on my pasture, and also another burr-producer. It’s double-root can run pretty deep on occasion, so the pick-axe is a good choice for counter-attacking. 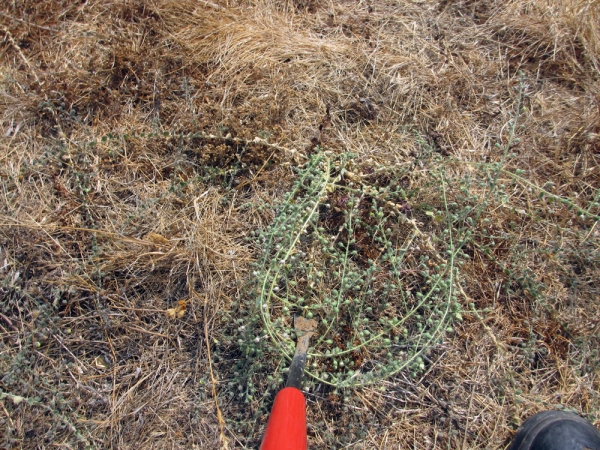 The main and mass culprit being this other stuff that sends out a plethora of ground tendrils and a few verticals, with spiny baubles that tear off when the tendrils are pulled, so a soft touch with the pick begins at the root, and then the layers are rolled-up into a ball as each co-entqangled root system is revealed. 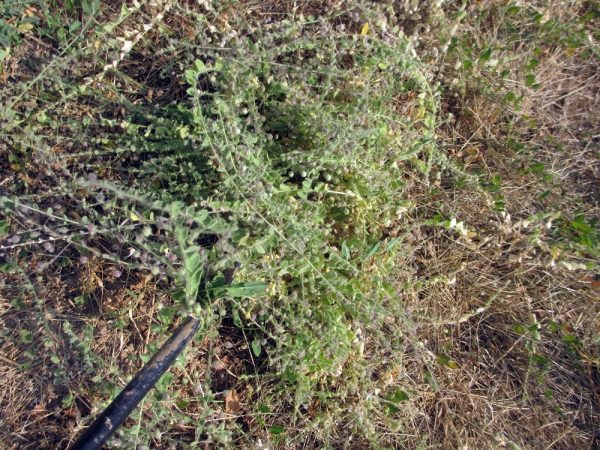 Playing wind-it-up-and-find-the-root. Then we stab it with our steely knives to kill the beastly ball. 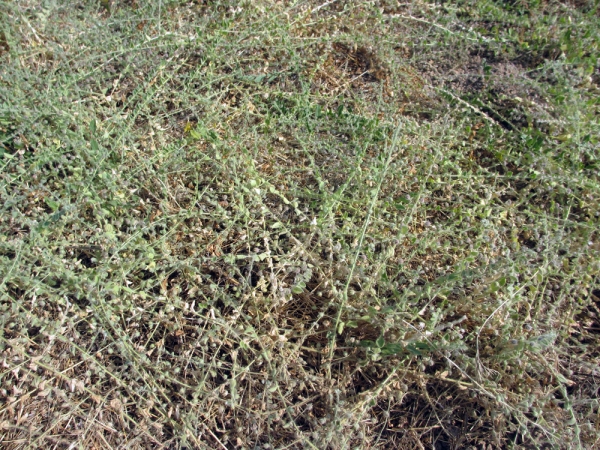 But the horde is everywhere, and rampant. 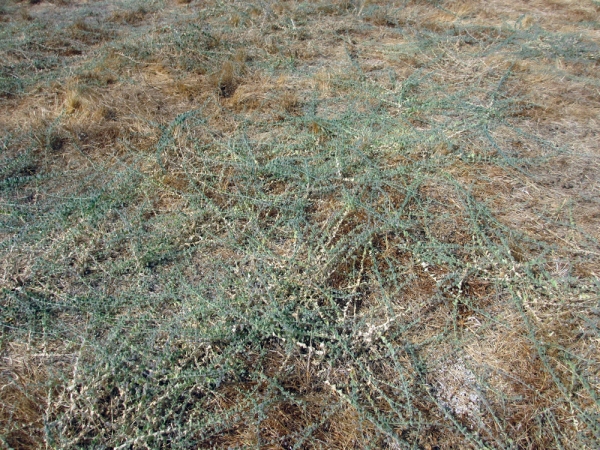 Like a sea of nastiness. My Sisyphean task; just a few more green-waste cans, and then some more, and some more…etc. It’s exercise and muscle-building without going to a stinky gym. Swinging the pickaxe builds the core, and the lats, and delts, and stuff like that I don’t even know what to call it since I’m not a gym-guy. Plus you’re outdoors in the sun gettin’ your Vitamin D. Stay hydrated, my Friends!