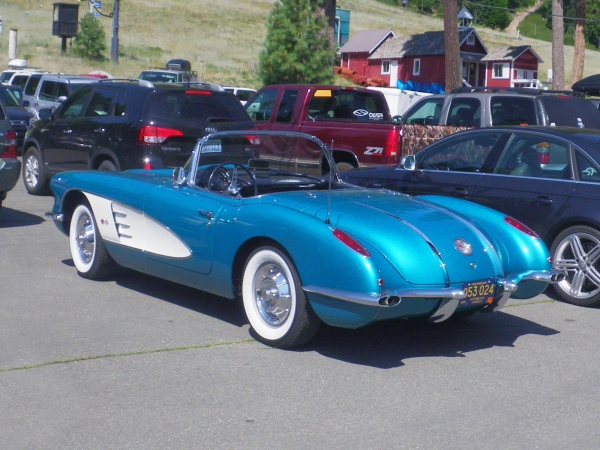 In fact there was a bunch of plain-Jane exotica stuff laying around, including (what amounted to the wreck of) Henry J. Kaiser’s own racer-boat, the Scooter Too. Google the 24-cylinder Allison motor monster that could not run at full throttle, and think fondly of Obamacare (Kaiser Health) at the same time… 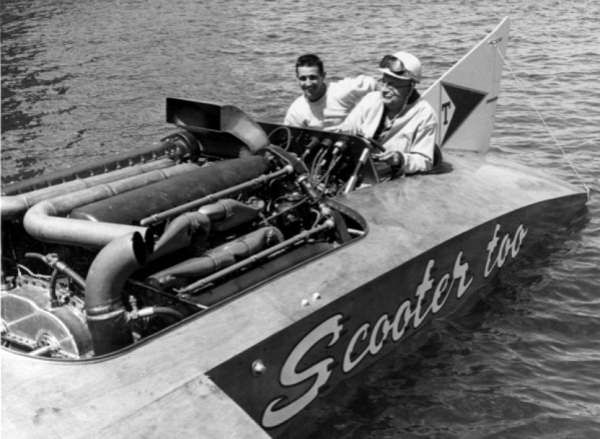 Old Hank liked to go fast and didn’t give a hoot about healthcare except it made his workers work for just him, and faster – same thing today. Must make Liberals brains bleed and boil to imagine…no, sorry, nevermind they boiled-out already. Forget it ever happened. Memory Hole has achieved equilibrium.
From Homewood Boatworks and Hydroplane History:

Kaiser chose to power his new unlimited hydroplane with the 24-cylinder V-3420 Allison. Essentially, an experimental engine designed to increase the power output and fighting capability of America’s Allison engines during World War II. Unfortunately, Jet-power was also being developed at about the same time and proved superior in performance.

It was still a bitch on water and ran at 186MPH across the lake at somewhat less than full throttle – it’s driver was too scared to push the throttle open to the stops.
I’m thinking that Henry J. and Howard H. would have had a lot to talk about over cocktails at the Ritz, but Howard got all the movie-biz attention and was younger so he couldn’t listen as well…

3 thoughts on “Ghost in the Machine”